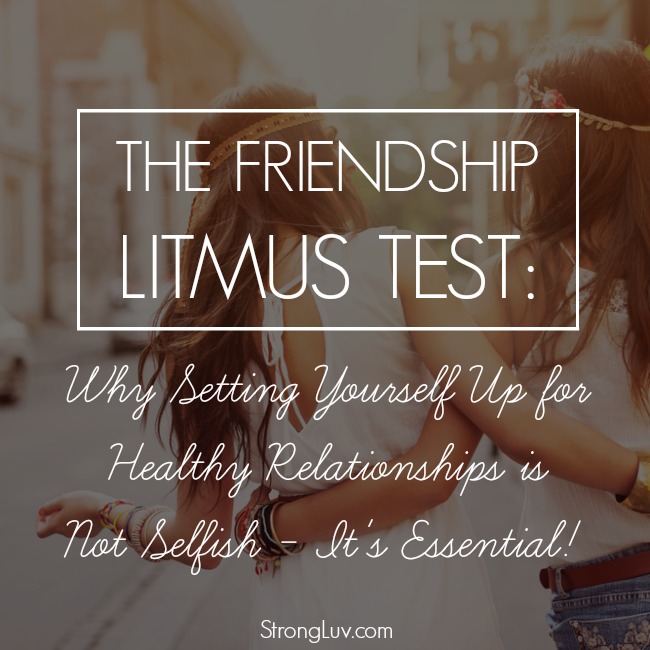 I did something crazy and offensive; something many people would consider ridiculous and unnecessary.  Last year, after a string of events left me depleted, I decided before devoting a considerable amount of time in hopes of developing a meaningful friendship with someone, I’ll quietly run them through a Friendship Litmus Test and see how they fare.  Yes, I actually devised a litmus test for friendship!  I know it sounds extreme, harsh and unloving — especially coming from someone who’s on a mission to inspire love and strengthen relationships — but hang with me for a minute.

If you want to be wholehearted, you must give some thought to the kind of things and people you’re giving your heart to in the first place.

How many of the relationships in your life right now are genuinely nourishing for both of you?  How many of them provide a safe place for each of you to be exactly as you are without fear of judgment?  How many of your closest friends really “get” you and enjoy you despite your shortcomings?  How many of them believe their life is better because you’re in it?

I’m not talking about casual acquaintances or surface pals — I’m talking about your people; your tribe; the ones you’ve decided to do life with.

I’m going through Donald Miller’s book, Scary Close, again and I keep coming back to a statement he made:

“It’s a beautiful moment when somebody wakes up to this reality, when they realize God created them so other people could enjoy them, not just endure them.”

There’s nothing worse than opening up and being yourself with someone who just isn’t feelin’ it.  It’s pretty obvious too.  You know when you don’t quite measure up to the person they think you should be or wished you were.  You’re not funny enough, disciplined enough, spiritual enough, wealthy enough, smart enough, political enough, popular enough, devout enough — you’re just not enough.

Running folks through a little litmus test is a simple way of figuring out whether they’re likely to enjoy you or endure you.  It’ll give you a better chance of finding comrades more interested in being WITH you than trying to change you. 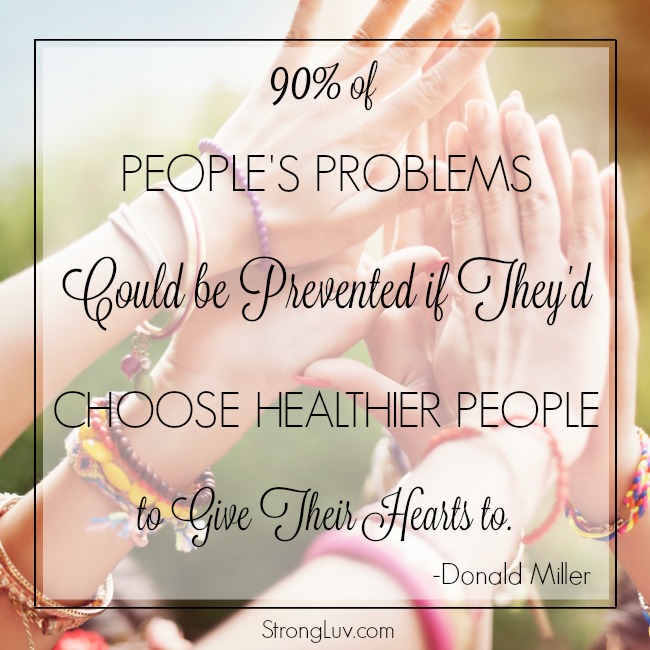 I started thinking about friendship compatibility after visiting with a gal I didn’t know very well.  I mentioned how I used to be more opinionated and black and white than I am now; ready to take a stand on almost any issue.  After some hard knocks, time, and maturity, though, I’ve realized most things aren’t worth fighting about.  Mostly because things aren’t typically as cut and dry as I once thought.

She grimaced, raised her eyebrow and her voice and said, “Oh, reeeeeally?!!  I’m just the opposite, the older I get the more things are black and white for me.  I’m way more sure of things than I was when I was younger.  People need to know the truth!  I want to take a stand!”

In the span of two minutes, I learned of her passion to take a stand with women regarding their modesty, birth control plan, how their children are being educated, and their views on marriage.

She felt strongly about many things and those things informed every part of her life.  She cared and was thoughtful about her choices.  She wasn’t passive and I respected that.  It’s just, in general, I’ve found that people who feel the need to take a stand on issue after issue don’t hold much space for other perspectives.  They’re usually so busy sitting back judging you or trying to convince you of how you should feel and think about everything, there’s no time to connect in a meaningful way.

Wrapping up the conversation, I politely said, “Nice chatting, I look forward to getting to know you better in the future.”  Just then, she let out a guttural sound, said “Well, if THAT ever happens it’ll be quiiiiite an adventure!” then spun around to walked away.

I’m not sure how much time passed as I stood in total stillness but after I scraped my mouth off the floor and had a chance to think about it, I was grateful.  She openly acknowledged something I already knew deep down.  We were not compatible.

We could be casual acquaintances, we could serve alongside one another and care for our community, but taking it deeper wouldn’t work for either of us.  And it’s important to acknowledge that dynamic on the front end because once you’re invested, it can be hard to walk away — even if the relationship isn’t mutually beneficial.

I’ve always felt compelled to invest in whoever’s in front of me — old friends, women from church, co-workers, people I know from school, etc. but I’m realizing, while I can be kind to everyone, there are certain types of people I’m no longer interested in trying to be friends with.

It’s a little personal, but I thought I’d share my litmus list for those of you who are like me and need to give a bit more consideration to the friendships you’re investing in. 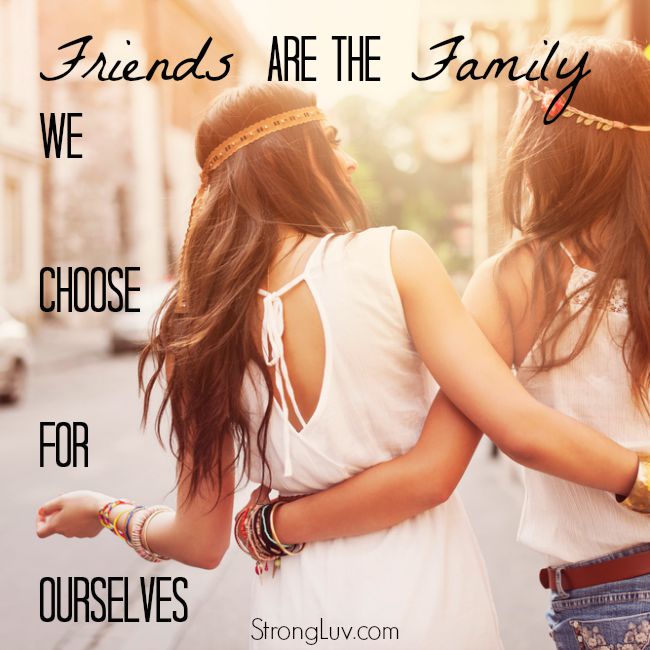 …I’m gonna keep walkin’ because I’m not their girl.  I will let them down.  My existence already lets them down.   We are not compatible.  We’ll both be miserable in the relationship so it’s best we keep it superficial.

I’ve learned the hard way people who don’t genuinely enjoy and respect you, are not deserving of vast amounts of your time.  They just aren’t.  You can’t have high hopes of having healthy relationships with unhealthy people which is why I’ve come up with a set of values I need to identify in someone before I’ll pour significant time into developing a deep friendship with them.

Every person on the planet has something unique and valuable to bring to the table — I fundamentally believe that.  I’m also learning it’s best to be in community with people who want to share the table.

Not everybody wants to and not everyone’s ready to — and that’s okay!

Our time is finite, so every time we say “yes” to one friendship we’re saying “no” to another.  I’m freeing myself from the (self-imposed) pressure to press into whoever’s in front of me, and I hope you will too.  Being wholehearted requires having safe people to share your brave, beautiful, tender heart with.  Being intentional about who you give it to, in the context of friendship, isn’t selfish — IT’S ESSENTIAL!

TAKE ACTION:  To avoid setting yourself up for friendship failure and squandering your time on unhealthy relationships, take a minute to identify the kinds of qualities you need in a friend.

Previous Post: « The Story of My Mom (or Grandma)
Next Post: FREE Birthday Blueprint – 8 Simple Ways to Make Your Birthday More Meaningful »